Home > About > History of the Sisters of Charity of Seton Hill

History of the Sisters of Charity of Seton Hill 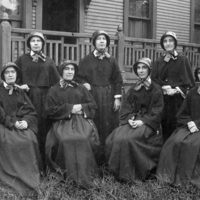 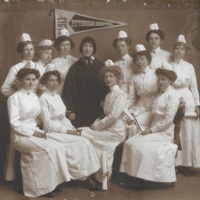 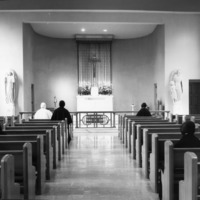 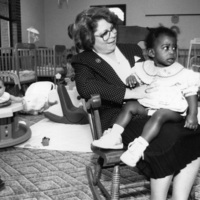 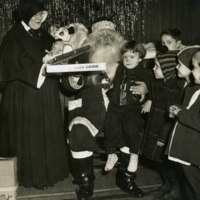 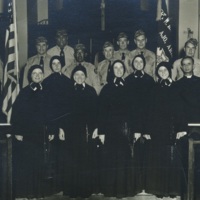 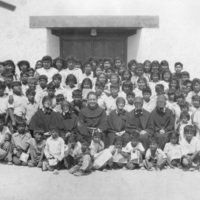 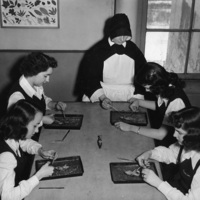 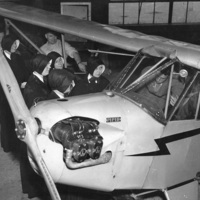 Founded in August of 1870, the Sisters of Charity of Seton Hill settled in Altoona at the foothills of the Allegheny Mountains in western Pennsylvania. The Catholic Church in the region was young and ripe for expansion as Irish, German, and Eastern European immigrants flocked to burgeoning new cities. King Coal, Queen Coke, and Princess Steel were about to ascend the throne in Pittsburgh and its suburbs. As populations boomed and Catholic priests envisioned flourishing church communities and parish schools, the need for women religious became apparent.

When Mother Aloysia Lowe and her five companions arrived in Altoona, the parishioners of St. John’s welcomed them with great fanfare. A line of people waved and cheered as their carriage paraded through town. The children’s choir presented a special, private concert for the sisters. Although the welcome was warm, anti-Catholic sentiment persisted among the general population.

A Home For the Sisters

Missions expanded to Blairsville and Pittsburgh. Mother Aloysia, recognizing the rapid growth of the region and of the community, began searching for a new, permanent home for the sisters. In 1882, she purchased the 200 acre Jennings Farm on a scenic hilltop view in Greensburg, Pennsylvania, the seat of Westmoreland County. Positioned near the Pennsylvania Railroad, the farmland property benefited from the hustle and bustle of a growing Greensburg and provided convenient transportation needed for the increasing missionary work.

St. Mary’s School for Boys and St. Joseph Academy for young women were established as the sisters’ independent flagship schools in Greensburg. As the schools flourished, Mother Aloysia dedicated her remaining days to the building of a new motherhouse at Seton Hill. She hired and fired contractors. She measured door frames and assessed window glass. Mother Aloysia’s keen business acumen and attention to detail served the community well. St. Joseph’s Motherhouse and Academy became the crowning jewel of Greensburg.

By the time Mother Aloysia passed into eternal rest in 1889, the community included 156 sisters and 16 different missions. Her protégé, Sister Ann Regina Ennis, succeeded Mother Aloysia as Mother Superior. The congregation’s great work continued. Mother Ann Regina witnessed the expansion into healthcare in 1891 with the establishment of Roselia Foundling and Maternity Hospital. Pittsburgh Hospital would follow a few years later.

Mother Josephine Doran brought the community into the 20th century. In 1908, the Sisters of Charity established two important missions, DePaul Institute, a school for deaf and hard-of-hearing children, in Pittsburgh and Providence Hospital in Beaver Falls, the sisters’ third hospital facility. The educational missions, particularly in neighborhoods of Pittsburgh, continued with steady growth into the 1920s. In a pioneering move, the Sisters of Charity of Seton Hill volunteered to teach black Sisters of the Holy Family in segregated and racially-charged New Orleans, Louisiana in 1921.

St. Joseph Academy, which had forged an exemplary reputation for cultivating young women since 1883, offered Junior College courses in 1914. By 1918, Sister Francesca Brownlee, directress, earned the charter for an institution for higher education, Seton Hill College. The Academy would continue educating young women for the world until its formal closing in 1947.

The Sisters of Charity and Seton Hill College, now University, maintained a close relationship over the past century. Most sisters earned their undergraduate degree at Seton Hill. Many young women first encountered the community while enrolled at the college and later chose to enter religious life. Up until the 1960s, sisters comprised the majority of the staff and faculty of the college. Together, the students, lay staff and faculty, and sisters shared their love of Seton Hill.

The Great Depression forced economic hardships on both the sisters and the missions in which they worked. The Mother Superiors accepted only one new mission between 1926 and 1940 and it was a providential one. Mother M. Eveline Fisher made the momentous choice to send the Sisters of Charity of Seton Hill to the American Southwest in 1933. It was the first real missionary work of the sisters – the climate, environment, language, and people were quite foreign to these western Pennsylvanians.

The 1940s and 50s exhibited the growth of the Catholic Church in America as schools were founded from new and growing parishes. After the Great Depression and war years, the sisters developed social service programs to meet the needs of individual communities. The sisters also witnessed an influx of applicants to the novitiate of the community. For many Catholics, it was a great honor to have a “sister” in the family.

The second true pioneering effort of the Sisters of Charity began in 1960 when Mother Claudia Glenn made the pivotal decision to send four missionaries to Korea. Providence from God must have been at work because the Korean community now boasts around 200 sisters ministering to the lowest and yet, greatest, among us.

Change Leading to the Future

As society and the Catholic Church changed, so too have the sisters. The implications of Vatican II became real in the 1960s through the 1970s and beyond. The sisters, traditionally in black habit and cap, modified their dress. The liturgy was transformed. Community life redefined. For some sisters, change was due. To others, it was a shock.

Nevertheless, the sisters persisted and continued the more traditional work in education and healthcare while also beginning to attend to other underserved communities. These diversified ministries offered nontraditional education to children in poor neighborhoods, opportunities to serve immigrants and refugees, the ability to help prisoners and those with devastating disease, and a means to express creativity or develop a professional career in an unconventional field. These were, and are, women living the motto “Caritas Christi Urget Nos,” meaning “The Charity of Christ Urges Us.” From the classroom to the hospital bed, from the child’s first Communion to the adult’s need for spiritual guidance, from the prison cell to the refugee camp, from Pittsburgh to Korea, the sisters exhibit charity, humility, simplicity, and God’s presence in daily life. Those moved by these acts of pure love are endowed with the power of this charism and do great good for others.

Women religious in America are rarely given credit for the vital role they have played in founding and sustaining major institutions. These were women who built schools, hospitals, parishes, and nonprofits from the ground up. These were women pursuing educational opportunities and equal rights before the passage of the 19th amendment. These were women of the Catholic Church in America and they have voices worth hearing and experiences worth remembering.